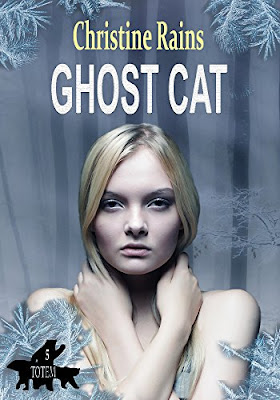 “Bigfoot is rampaging through a small fishing town, and he has friends.

The whispers say a boy is missing. Kinley Dorn can’t ignore them. The last time she did, a giant almost killed her. Her investigation in the boy’s disappearance leads her and her boyfriend, Ransom Averill, to a village on Lake Iliamna. Unfortunately, that boy isn’t the only child missing.

Some folks claim Bigfoot is taking the children, but the gentle creature usually stays away from humans. Kinley believes a totem is making Bigfoot act strangely, but can she and Ransom find it before more kids are abducted?”

Kinley Dorn is the middle sister, she has been the family caretaker since her mother died years earlier. She also inherited aspects of her mother’s gift. Kinley is competent and secure in her talent as an architect for their business. Their newest client wants her to do the interior design part of the job, primarily because he and Kinley share an interest in the same geeky, nerdy stuff. Ametta usually handles the interior design part of their jobs, but her style is more cutting edge modern. Kinley is excited to give it a try, but a seed of insecurity plants itself in her over her ability to handle the decor and it starts to grow into other aspects of her life. Namely her developing relationship with Ransom. Are they moving too fast? Why did Ransom let that woman kiss him on the lips? And why didn’t he introduce me as his girlfriend? Does he feel the same about me as I do about him?

When they see a flyer about a missing twelve year-old boy, and both Kinley and Ransom hear the whispered voice that says, “Find him,” they know they have to do all they can to track him down. Since Ransom grew up in the area where other children have also been disappearing without a trace, he is familiar with the area and the people who live in the remote fishing village by Lake Iliamna. Plus, there have been several Bigfoot sightings in the area lately. However, they are usually shy, docile creatures. Kinley and Ransom are both aware that if a totem token is in the area it will cause the creatures to act out of character and perhaps be aggressive.

Hearing the native myths and stories of the area was a bonus. There are a few surprising twists in this novella that I wasn’t expecting, which made the story more engaging and more personal for both Kinley and Ransom. I’m not sure why I was more emotionally involved in this story. Perhaps, I’ve decided that these two are my favorite and the most relatable couple? It was fun losing myself in their turmoil and hunt for the totem token. I must be more sadistic than I realized. I think everyone will enjoy Ghost Cat.

Ghost Cat is Novella Five in Ms. Rains Totem series. Contains adult language with several F-bombs. The Totem series of novellas build on each other and would be best enjoyed if read in order.

I only came across one minor proofing issue, a dropped ‘s’ on the word as. It should have read as huge as.