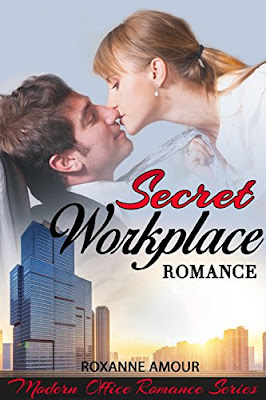 “A secret office Romance leads to insomnia, lies, and layoffs!”

Oh, my. I'll start by quoting the first two paragraphs of this story. Give it a read, then we'll talk.

After an impossible day at the office, the only thing on Jenifer's mind was a steaming, hot bubble bath a tall glass of Merlot and a well-earned night’s rest in her cozy, little bed.

Jennifer Grant put up with the boisterous goings-on coming from the apartment overhead as long as humanly possible finally after tossing and turning for hours she decided something must be done. Nevertheless, three o'clock in the morning was hardly the time to be pacing back and forth accompanied by loud music right over her head.

Did you notice the author doesn't know how to spell the protagonist's name? It can be Jenifer or Jennifer, not both. But both get used throughout the story. However, that's relatively minor and I'm sure will get fixed quickly. So we'll move on.

Is it just me or does the first sentence in the second paragraph run on forever? How many thoughts are there? Maybe it could be broken into a couple sentences. Maybe throw in a comma or two.

Jennifer Grant put up with the boisterous goings-on coming from the apartment overhead as long as humanly possible. Finally, after tossing and turning for hours, she decided something must be done.

Lines like these were popping up constantly in this book. It appears to me the only editing and proofreading help the author had to polish this story was her word processor's spell checker.

As for the underlying story, it's hard to tell how much I'd like it if it had been more readable. Possibly that influenced my attitude toward the characters. But by the end I found the heroine and the two men in her life, the three most important characters, all to be unlikable. On the positive side, this is a romance and it did get to the happily-ever-after ending required of the genre. So it has that going for it.