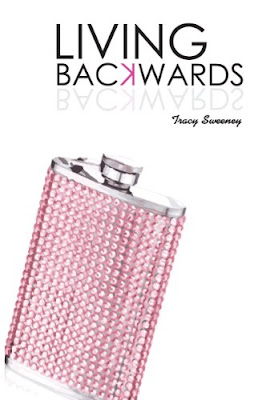 Jillian Cross was a high school wallflower from Reynolds, Washington. During summer Freshman Orientation at NYU she meets Danielle Powers, a popular Reynolds High co-ed that she only knew from afar. Danielle, a perky extravert, immediately invites Jillian to become her roommate, and with Megan Dunn, another Reynolds girl, the trio share four years of college returning to Washington State best friends. Danielle becomes a talented interior designer partnered with Val, a saleswoman with a “take no prisoners” approach to business and a girl who manages to get impossible clients by sleeping with them. When one irate wife is about to blow the whistle, Jillian fears the negative press and the ruination of her best friend’s career.

Then one day, prior to attending a dreaded tenth year high school reunion, Jillian logs onto Facebook to check out a few classmates. One boy grabs her attention immediately—Luke Chambers, class hunk. Thinking about meeting Luke while squeezing into a pair of low-rise jeans, Jillian trips, hits her head on the floor, and when she awakens, she finds herself back in 1999, a month before high school graduation.

A resident of the Boston area, Tracy Sweeney is a single mom with two young sons. She has written short stories for Literary Juice, Solecisms, and Slice of Life Magazines. She is currently working on a second novel in between riveting games of Angry Birds with her seven-year-old.

Author Tracy Sweeney has created a captivating time travel love story that would even make men squirm in their seats as they are riveted to its compelling plot. Jillian deduces she has been transported back in time to destroy Danielle’s budding friendship with Val, another Reynolds classmate. If she can show Danielle Val’s true nature, perhaps Danielle will avoid a liaison that will eventually become disastrous. Little does Jillian realize that she’ll also develop a love relationship with Facebook friend, Luke.

Throughout this well written novel, readers are provided with different points-of-view including Jillian’s, Luke’s, and Danielle’s; making Living Backwards a romantic novel anyone who has experienced true love can appreciate.

I hope the author will consider putting this in the women's fiction category, since it would probably have a decent shot there. Time travel romance is the other worth trying.