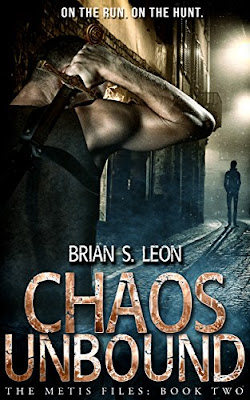 “The hunter becomes the hunted.

Framed for the murder of a high ranking member of the Unseelie Court of Fae, Steve Dore–also known as Diomedes, Guardian and protector of mankind–goes on the run. He’s determined to uncover the real culprit and clear his name.

But the assassination may be the beginning of a more sinister plot that involves not just the Fae and Humankind, but all the races of the world. And what if the real assassin is a boogeyman even the Fae don't believe is real?”

Steve Dore runs a private fishing tour business in San Diego. After a particularly strange day of dodging several selkies on a fishing tour with clients on board, Steve knows something is up. When his friend Ned, the Titan God of the Sea--Nereus--, greats him at the dock with a warning and rushes Steve off the boat. Steve learns his alter-ego, Diomedes, has been accused of murdering Lord Indronivay, a high ranking member of the Unseelie Court. To make things worse, Goibniu -- chief bladesmith for the Seelie Court – has been murdered as well. Now the race is on as every Unseelie and Seelie fae around the world are after Diomedes to bring him to justice.

The plot is fast moving as Diomedes and his friend Duma, a Peri fae, who is sent by Athena to assist Diomedes in clearing his name. Duma knows how to read the energy of the ley lines to the portals of the Telluric Pathways, known as the Ways, to speed through the human or Fairy realms searching for a mythic half-breed fae.

Chaos Unbound is full of non-stop action and bloody battles as Diomedes and Duma try to unravel the conspiracy while eluding both fae courts to clear Diomedes of two death-worthy crimes he didn’t commit. The plot is a roller-coaster ride of twists and turns with the introduction of many unsavory fae monsters and a few unexpected allies. Their foray into the vampire realm was a startling surprise to me, which may give you nightmares. I wasn’t expecting that. *shivers*

Duma is an interesting character. He is more laid back than his brother, Ab, and he added bits of humor in this tension filled story. Diomedes’ self-deprecating humor is always funny for such a hero-type figure. I was glad to see Sarah Wright make an appearance as well. I’m glad to see her forcing the issue for a more inclusive relationship with Diomedes. This addition to The Metis Files series is entertaining on many different levels and it was easy to become enthralled with all the elements. I also believe enough background material is covered so Chaos Unbound could be read as a stand-alone novel.

I believe I was given an advanced readers copy, however I found no significant proofing issues.